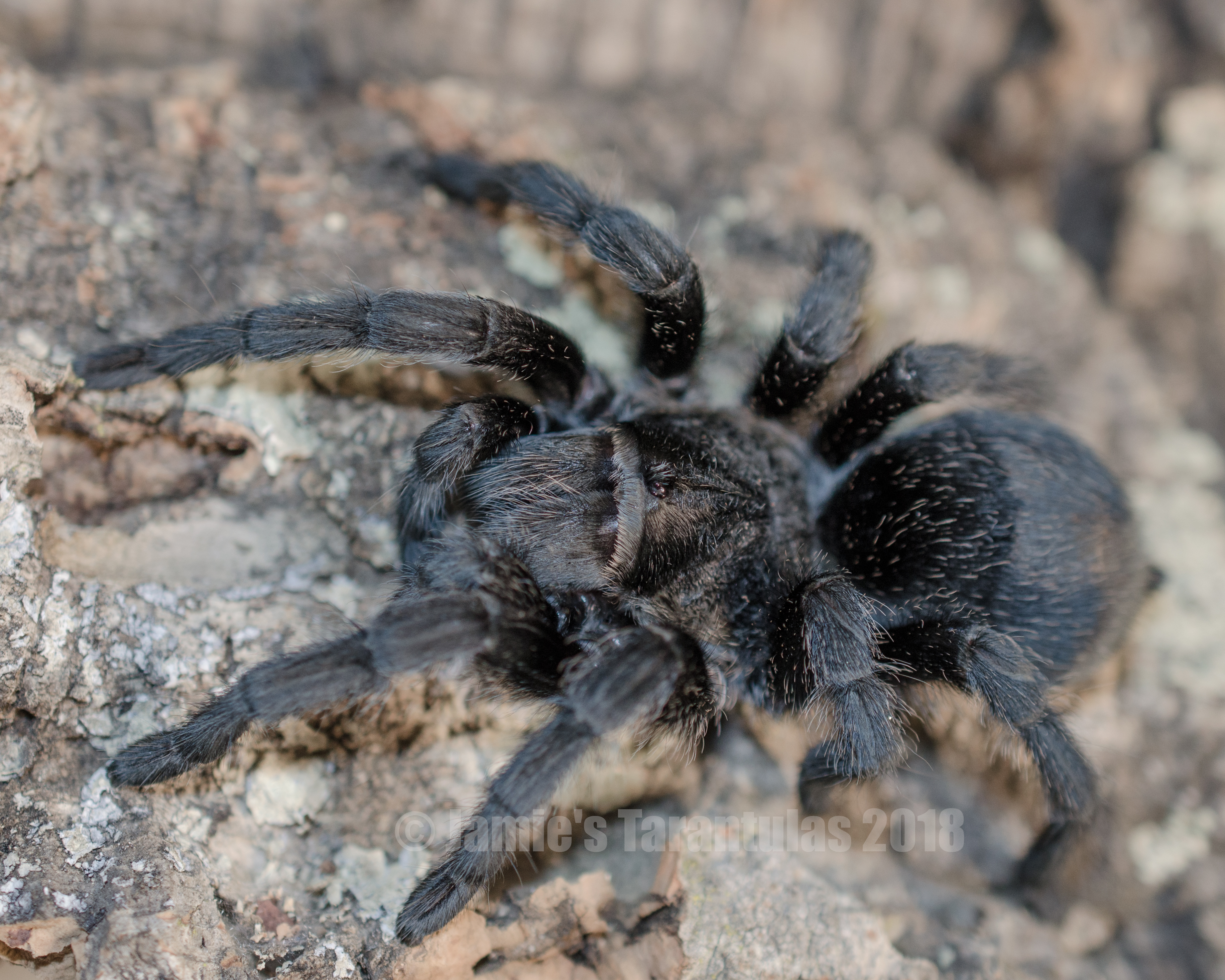 Written by admin on 18 July, 2020 in Main, Grammostola
Such instances of species confusion is more commonplace in the hobby than I would like to admit, but only with an awareness of existing problems can we better find and execute potential solutions.

When tarantulas are collected from the wild for the pet trade they are often poorly identified, improperly labeled and almost never come with specific locale information. These particular species can only be confirmed by an extremely subtle difference in the mature male or with a DNA test and these proper identification steps were not observed before specimens entered the pet trade.

So which is it?

Is it a Brazilian Black, Uruguay Black Beauty or Argentinian Black? All of these remarkably similar relatives have likely made their way into the hobby at one time or another although, nearly everything in the US hobby currently sold by dealers & pet stores come from similar bloodlines, which trace their origins to Uruguay. Whether you’re looking at obtaining a “Grammostola pulchra / Brazilian Black” or “Grammostola quirogai / Uruguay Black Beauty” it’s most likely the same spider.

Okay. So which spider is that?

There are numerous unofficial reports of three remarkably similar black species with potentially overlapping range, as well as some or all possibly residing also in Argentina. Published scientific records describe Grammostola pulchra as residing in Brazil only and Grammostola quirogai in Uruguay only. While the official data is still limited, the information available would have us assume the majority of the Grammostola pulchra / Brazilian Black who’ve been commonly traded, talked about and loved in recent years is more likely a misidentified Grammostola quirogai / Uruguay Black Beauty.

I think I can see the visual differences from photos online?

I have seen good number of specimens from different sources as well as numerous photos and would urge hobbyists to take what they see and read on the internet with a grain of salt. Depending on the settings of the camera, lighting, molt cycle of the tarantula and numerous other factors a single specimen can look surprisingly different. For example, a lighting or a flash can reflect and make it looks like a specimen has odd-colored hairs scattered throughout. Conditions can certainly play tricks on the camera lens! Don’t fall into the temptation of confirming minute to seemingly obvious differences by merely looking at a picture. Take it from someone who has literally taken tens of thousands of spider pictures this is not a reliable way to distinguish species!

Okay, then how do I tell them apart?

That is a very good question, and I wish there was a quick, easy and reliable way to tell the difference between any given Grammostola pulchra and quirogai…

…But the only way to truly distinguish the two species is to observe the spine arrangement of the mature males tibial hooks or though a DNA sequence.

How do I get a DNA test to confirm the species of my pet tarantula?

We have collected and sent off various exuviae (molts) to graduate students in hopes sequence the DNA, this would certainly help clarify things. Sadly, after numerous attempts it was discovered there is not enough genetic material in the exuviae for the machines to read. A successful DNA sequence under these circumstances would have been much more likely with a larger, recently deceased specimen.

We’d love to hear from anyone with success DNA sequencing exuviae as this would greatly assist the hobby in confirming species and to  identify and protect “pure” bloodlines.

Is it possible the “Hobby G. pulchra” is a “mutt”?

There are limited official reports of scientists attempting to pair Grammostola pulchra with Grammostola quirogai that claim none of the mismatched species were interested in each other. I hope to see more official publications on this topic soon.

When will we get updated information on this topic?

Tarantulas are a less-studied branch of etymology but thankfully there is growing interest in these amazing arthropods. Species are being described, redescribed & studied more frequently. We hope to see more official information on this and other topics soon and will update this page as we are able.

Check out what happened recently with the Mexican Red Knee. The hobby's most iconic tarantula Brachypelma smithi is now Brachypelma hamorii.